Top 5 Places to Visit in Agra, Don’t Miss Out

Top 5 Places to Visit in Agra, Don’t Miss Out

What comes into your mind when you hear the word Agra—The Taj. Agra is known for its beauty because of the Taj Mahal but there are many other places to visit in Agra.

How can I spend my 2 days in Agra?

If these questions are running into your mind read this blog to know more about the best places to visit in Agra.

What are the Visiting Places in Agra?

However, there is a 'world' beyond this magnificent monument that offers plenty of fuel for Agra sightseeing activities. Here is a list of the best places to visit in Agra and its surroundings that will make your trip absolutely memorable.

Including numerous structures of the Mughal era, forts, and monuments through an enriched historical legacy in Agra and its surroundings. Agra, along with the towns of Delhi and Jaipur, forms part of the Golden Triangle and has a strong ardour for the old with a dash of the modern. Let’s go through all the best places that you can see in Agra.

It comes under the list of UNESCO world heritage monuments which stands as a tribute to the heydays of the Mughal empire. It acquires an area of around 3,80,000 sq. metres. Red Fort was built in 1556 and was renovated in 1573. Standing as a big heritage in Agra, it has an architecture that is so robust along with the beautiful art of the Mughal empire.

This walled city has got four gates on the four sides out of which the famous ones are Lahore Gate and Delhi Gate. It holds many palaces, the most eye-catching one is Shish Mahal and Khas Mahal. There are two reception rooms Diwan-i-Khas and Diwan-i-Aam that are worth watching.

Fatehpur Sikri is a must-see attraction in Agra. It is a historical town in the District of Agra that served as the former capital city of numerous Mughal Emperors, including Akbar. Sikri was a run-down village before it became the capital city. It was given its current name to commemorate Emperor Akbar's conquest over Sikri in 1573. Fatehpur Sikri is a town on a rocky ridge that is 3 km long and 1 km wide, with architecture inspired by Persia, India, and Islamic heritage. It is one of the best tourist places to visit near Agra.

Red sandstone from a nearby quarry was used in the town's development. The town has seven gates and a 6-kilometre-long surrounding wall. It is situated at around 40 km of distance from Agra.

Sikandra Fort is a historic landmark and one of the most important in Agra tourist places. This deep red sandstone structure is notable for its timeless architectural splendour and embodies the region's wonderful heritage. Emperor Akbar's tomb is housed in the fort, which is located in Sikandra. This magnificent fort, encircled by lofty walls, stands tall among the lush green gardens on all sides.

The garden is divided into four smaller sections in accordance with contemporary landscaping standards. Several fountains add to the magnificence of the building. Emperor Akbar is reported to have personally supervised the construction of Sikandra Fort, which has five levels and magnificent sculptures on the walls. This well-preserved edifice is unquestionably one of the best places to visit in Agra that no visitor should miss.

After the famed Taj Mahal, Itmad-Ud-Tomb Daulah's mausoleum is an architectural gem in Agra. Its intricate carvings and exquisite inlays are a sight to behold. It is known as the "Baccha Taj," a miniature counterpart of the Taj, and is said to be the prototype for the Taj Mahal itself. This red sandstone monument is one of the must-see attractions in Agra near the Taj Mahal and should not be missed on your itinerary.

This immaculate white tomb on the banks of the Yamuna River is a wonderful depiction of Islamic architecture and patterns. The ornately sculpted arches, faultless minarets, elaborate inlay work, gorgeous floral works, and artistic use of marble to enhance the edifice's splendour must be seen to be believed.

What is famous in Agra? so there you have it! Finally, you'll arrive at one of the best places to see in Agra: the Taj Mahal. In reality, the Taj Mahal is the principal destination on the majority of itineraries. It was erected under Shah Jahan's instructions in remembrance of his love for his adored bride Arjumand Bano Begum, and it is one of the Seven Wonders of the World and a superb showcase of Mughal architecture.

The Taj Mahal's interiors and exterior edifices are both magnificently built in white marble. The inside chamber, shaped like an octagon, is encrusted with valuable stones. The external gardens, which are abundant with vegetation and fresh air, match their opulence. It is among one of the best Agra famous places. The Taj Mahal attracts travellers from all over the world. It is not just one of the most prominent Agra tourist attractions, but also in India.

These are the best Agra sightseeing that you can do while visiting Agra. Enjoy visiting these places and feel royal by visiting all these monuments built by Mughals. 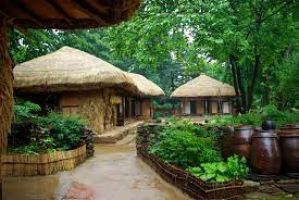 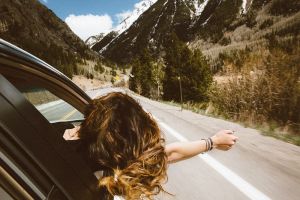 10 Fun Places to Visit with… 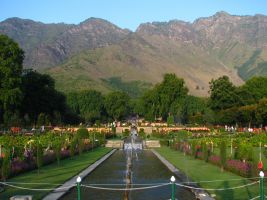 10 Best Places to Visit in… 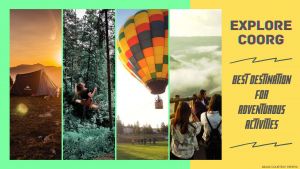 5 Places To Visit In Coorg:… 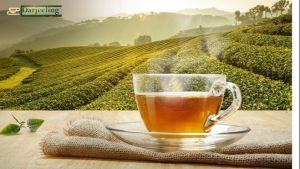