Arrive in Maun international airport where you will be met by Exploring Botswana Tours safaris guides off air Botswana Maun is the gateway to one of the best wildlife experiences you will ever have safari in the unforgettable Okavango delta.

From Maun we depart to Moremi/Khwai, situated in the eastern part of the Okavango Delta, bordering the Chobe National Park on the south-western part of the Park. The Moremi Game Reserve covers almost one third of the Delta. The Okavango Delta is the largest inland river delta in the world and consists of pans, floodplains, lily covered lagoons, grasslands, forests of acacia trees, savannahs and dense Mopane Woodlands. With such a wide variety of vegetation comes diverse spectrum of wild life. Huge herds of impala and tsessebe are found in the area, while in the dry season large herds of buffalo, wildebeest, elephant and zebra flock into the reserve from the Kalahari in search of food and water. The rare sitatunga and lechwe antelope live in the papyrus banks of the waterways. Lions, cheetahs and packs of wild dogs hunt in the open grassland. The reserve is home to over 400 species of birds, including the African Fish Eagle, the Crested Crane and the Sacred Ibis.

Moremi Game Reserve is a wilderness paradise with great game viewing throughout the year. We will camp wild for 1 night at an exclusive campsite at khwai north Moremi Game Reserve, enjoying activities. The magnificent Khwairiver is the hub for some of the most outstanding wildlife viewing both on the Moremi and in the Khwai community area. The camp will be set-up upon arrival at the camp site. The campsite is where you will be having all your meals as well.

From the game drive you will find your water ready for your shower and your dinnerready.You will have dinner at 2000hrs. After dinner you can relax around the fire with our staff or you can retire to bed.

We depart to Chobe/Kasane passing through Savuti which is part of Chobe national park. It is called Savuti because a certain chief called sauté used to live there with his tribe. On the way we will see migration of zebras and wildebeest which will be coming back from the Makgadikgadi salt pans after the rains. Tawny eagles can be seen soaring in the sky as we go. The drive is a bit longer from Moremi to Savuti, however the drive is much enjoyable as you will see lots of birds and animals on the way. The scenery is amazing and very African looking, with lots of umbrella thorn, acacia tortilis o bed.

Arrive in Chobe where you will camp for 1 night. You will also have an opportunity to observe the animals close. Chobe also boasts two antelopes rarely encountered elsewhere in Botswana - the puku and the Chobe bushbuck. The puku, with their shaggy orange-brown coats and V-shaped horns, can be spotted grazing the floodplains. Always on the lookout for predators, a repetitive whistle is used to warn fellow herd members. In contrast, the Chobe bushbuck is nocturnal and rarely forms groups of more than one pair. Rarely seen, this shy antelope, with its short, spiral horns relies on a sharp bark as an alarm call when threatened. Both the puku and the bushbuck have a number of predators to contend with, from lion, hyena and leopard, to African wild dog,

With an incredible wealth of species, Chobe is a heaven for birding enthusiasts. Striking colonies of carmine bee-eaters build their nests in the exposed sandy banks of the river. Water birds, including many species of duck and the rare red-billed pratincole can be spotted in their thousands, and guinea fowl and francolin dart through the grasses on the river’s edge. A quintessential African sound, the haunting call of the fish eagle can often be heard echoing over the Chobe River. With their striking chestnut and white colors, these intensely territorial birds challenge competitors to regular calling duets.

Upon arrival camp will be set-up and after wards you will have your brunch and then a siesta or go for a swim in the lodge you will be camping in. Later on around 15:30 you will depart to Chobe National Park for your game drive. You will return around 1900hrs and find hot water ready for you to take a shower then Dinner at 20:00hrs.

Wake up at 6.30am have quick breakfast depart to Victoria Falls with a mini bus for a day to view the famous Victoria Falls  we will be there for the whole day touring the Falls there are a  lot of  activities in Victoria Falls for example bungi jumping , lion walk rhino walk and many others. We get back from the fall the following day to Botswana.

We will wait for you at the Lodge where you will be dropped off from the Vic Falls and immediately depart from Kasane to Maun.

Lets Ngoma was born and raised by his grandfather in a small village called Jao flat deep in the okavango delta. A Director of Exploring Botswana Tours safaris and  a safari guide. It is by the nature to this point and time to embrace the knowledge from a reputable nature guide, conservationist and Botswana citizen . Having acquired such knowledge from as little as a young boy. His knowledge in guiding and guests handling and good conduct quality cannot be overemphasized. He is indeed a genius in travel business. Also his huge knowledge about the wildlife in Botswana will inspire every nature lover. I learn right from my childhood how to read the nature around me. These skills passed on to me from grandparents and parents are mostly helpful for my passion as a safari guide. I gladly share my experience, my local knowledge and my enthusiasm for the beauty of nature with my guests. Before starting my own safari company I had gained several years of experience as a safari guide while working for various (high standard ) lodges and camps across Botswana.

EXPERIENCE: Lets has been working in tourism industry since 2000. He started as a training guide/poler in the Okavango delta ( mokoro tours, boat tours and walking safaris) for various lodges and safari companies and progressed gradually in his career to become a professional certified safari guide. From 2005 to 2018 February he has been working with Desert and Delta safaris in different camps in Botswana. When he joined Desert and Delta he attended guiding training for many times. In 2007 he went to Savute for a guide training level 2 and 3 for 3 weeks. Lets did his rifle handle for 2 weeks with Okavango guiding school in Kwapa camp.

Hours : Opens 8:00AM | Closes 7:00PM
$per person
$
Total Payable
4.5
The rest of the booking amount can be paid directly at the activity centre.
Share this activity
How LastClues works? 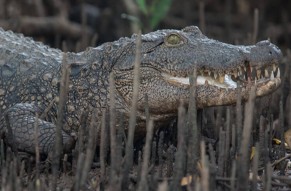 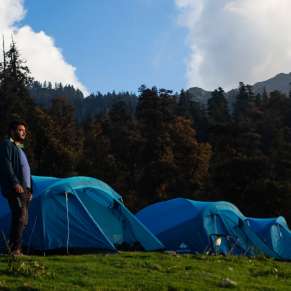 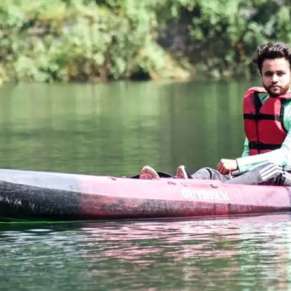