Manali is one of those destinations that should not be missed by travel enthusiasts while visiting the country. We are here to making it easy for tourists to plan for a unforgettable holidays in Kullu and Manali. During your stay in Himachal Pradesh, we also manage Spiti Valley Tour and Leh-Ladakh tour.

Arrival to New Delhi and check in the hotel for overnight stay in New Delhi.

Drive to Manali. Check in the hotel and overnight stay in Manali.

Manali Sightseeing and overnight stay at the hotel in Manali.

On Day 5, the road from Sarchu crosses high mountain Passes of Namika La and Lachalung La to reach the army camp in the Pang valley. The dry barren mountains around Pang are eroded in very spectacular way. They look like giant fortress like structures with spires, pinnacles and windows. From Pang, the road climbs up and reaches a different world altogether. Here is the flat high desert of More Plains, 50-60 km of road bisecting it. This is Rupshu, an extension of Changthang plateau of Tibet. The road then climbs for Tanglang Pass (5415 m), the second highest mountain Pass in Ladakh and then finally reaches Leh. This 475 km Himalayan journey is a visual delight with not one moment of boredom en route. Overnight stay in the hotel at Leh.

After breakfast proceed for Indus Valley monastery tour. We start with a visit to Shey, the ancient capital of Ladakh. The monastery here has a huge gold-gilded statue of Buddha Sakyamuni with a large silver lamp burning in front of the statue. Then we visit Thicksey Gompa, an impressive complex rising tier upon tier on a hill above the village. The monastery has a beautiful 30 m high gold-plated statue of Maitreya Buddha, the Buddha of the future. Drive further to visit the famous Hemis Gompa, founded in 1630's by Stag-tsang-ras-pa under the royal patronage of Sengge Namgyall. Hemis is one of the largest and richest gompas of Ladakh. The two-day festival of monastic dance in June-July has raised the reputation of Hemis particularly high. The festival is dedicated to Guru Padmasambhava, popularly known as second Buddha and responsible for spreading Buddhism in the Tibetan world. Later we visit the Stok Palace, the Royal residence of the King of Stok & the Museum that has a rich collection of Ancient Ladakhi art efacts including old Thangkas, precious stones, arms and armoury, the Queen's necklace and the crown of the King of Ladakh among others. Overnight stay at the hotel in Leh.

After early breakfast we drive to Pangong Tso Lake. From Leh we reach Karu, an Army camp on Leh-Manali road and then turn left and cross Changla Pass (17500 ft) and finally to Tangtse. Evening at leisure. Overnight stay little beyond Tangtse in tented camp at Lukung near Pangong lake shores. Pangong Lake, situated at 14,000 feet (4,267 m), is a long narrow basin of inland drainage, hardly six to seven kilometres at its widest point and over 135 km long. About 1/3rd of the lake is under Indian occupation and remaining under China. The Chinese border is just beyond the mountains across the lake. Spangmik, 7 km along the southern shore from the head of the lake is the farthest point to which foreigners are permitted. There are spectacular views of the mountains of Changchenmo range to the north and their shimmering reflection in the ever-changing blues and greens of the lake's brackish waters is breathtaking. Above Spangmik are the glaciers and snow-capped peaks of the Pangong range. Spangmik and other scattered tiny villages along the lake's southern shore are the summer homes of a scanty population of Chang-pa, the semi-nomadic herdsmen of Tibet and southeast Ladakh. The Pangong Chang-pa cultivate sparse crops of barely and peas in summers. During the winters that they pack their tents (rebo) and take their flocks of sheep and pashmina goats out to the distant pastures.

We drive back to Leh the same route and overnight stay in the hotel.

After breakfast we drive to Likir and visit Likir gompa situated atop a windy cliff top overlooking the beautiful village of Likir. It was founded in the 12th Century although the present construction dates back to the 18th century as the original one was destroyed by fire. In its courtyard is a yellow-coloured 3 storey high mammoth statue of the Lord Buddha, which was constructed by a resident monk. The top floor has an impressive museum containing old tangkhas and weapons used many centuries back. Then we drive and cross the River Indus and reach Alchi, Ladakh's most loved monastery. Over a century old, its wall paintings are very similar to those of the Tabo gompa in Spiti, Himachal Pradesh. Unlike other monasteries, which are usually on a cliff top or cling to a mountainside, Alchi is at ground level and is nestled in the shade of a garden. After Alchi, we have an option to visit the impressive Ridzong Gompa, reached from the road head after a 30-minute uphill walk. It's an impressive monastery well hidden in the lap of the mountains until you're face to face with it. It is situated on the mountainside wedged in between 2 ends of a ridge. It is about 100 years old and the name means 'mountain fort' aptly describing this isolated Gompa. It also has a nunnery of female monks. Finally we reach Lamayuru monastery, founded by Rinchen Zangpo in the 10th century. This Gompa is located amidst the massive mountains. The spectacular setting of this Gompa and its renowned collection of carpets, tangkhas, and frescoes has been attracting many people over a long time. It is believed to be the oldest in central Ladakh. Overnight stay in Lamayuru.

In the morning we visit the Lamayuru monastery to be part of the morning religious ceremony. It's a very soothing and spiritual experience to be there among these warm and friendly monks. On our way back to Leh we can visit Basgo monastery famous for its statue of Buddha. Overnight stay at the hotel in Leh.

After early breakfast, we drive to Karzok (4,572 m) the only village near Tso Moriri Lake. From Leh we reach Upshi on Leh-Manali road and then we turn to another valley and drive along the Indus River. It is one of the most interesting areas and goes through narrow valleys, sandy deserts, rocky paths, and our vehicle crosses number of mountain streams. Little before Tso-Moriri Lake we drive past a small green valley of wild Marmots locally known as Phya. Arrive at Korzok village and check in at the camps. Situated at 15,000 ft (4,572 m), it is the only permanent settlement in Rupshu region with an approximate population of 500 people. The few barley fields at Karzok must be among the highest cultivation in the world. In the evening we visit Karzok monastery. Overnight stay in the tented camp.

Day free to explore the Lake area and the village. The clear blue Tso Moriri lake is one of the most breathtaking lakes in Ladakh. This brackish water lake is considered sacred by the locals. The Lake is surrounded by beautiful. The Lake is a breeding ground for numerous species of birds like Great Crested Grebe, the Brahmini duck, Bar Headed Geese, etc. This region also has large number of Kiangs, Tibetan wild ass and it's not difficult to spot them. Overnight stay in the tented camp.

In the morning, we drive to reach Tsokar via Puga by covering 75 km in 3-4 hours. Tso Khar Lake (4485 m) is also called White Lake because of salt deposits around it. It is approx 45 km northwest of the Tso Moriri Lake. Tso Khar is so salty that salt extracted from its margins are still sold all over Ladakh. We continue to drive and reach Manali-Leh highway and drive down towards Leh via Tanglang-la (5415 m) the 2nd highest Motorable road in Ladakh. En route, drive passes beautiful villages of Rumtse, Gya, Miru and Lato. Arrive Leh and check into hotel for overnight stay.

In the morning transfer to the airport to board the flight to Delhi. Transfer and check in the hotel in Delhi.

A man with a friendly personality and a love for travel and adventure. With over 33 years’ experience in tourism, Hamza started as a guide for Ladakh region in June 1987,He also runs SPACE TOURISM. If you find yourself with Hamza, do get yourself some coffee and get him to tell you his stories, which come from years of experience leading tours to a vast number of destinations in India / Nepal & Srilanka. His knowledge and ideas will amaze you. He has so much to offer in the travel and tourism field, Besides his love for traveling, Hamza is the Chirman of SEWAK (Shingoo Educational & Welfare Association Kaksar), an NGO, Member of Universal Peace Society.-He is also one of the active members of Sheena Cultural Association, ATOAI, ADTOI, AKTTA, Hamza himself is the author of the guide book on Kargil Ladakh (The Dreamland) Hamza is actively involved in promoting tourism in Ladakh. He is a person who truly loves his job and more importantly, has an endless love with this exotic land, DIRECTOR, Kargil INTERNATIONAL MARATHON, LUMBINI PEACE mARATHON, Kargil pEACE mARATHON, Himalayan Walakathon, North East Peace Marathon,

Delhi Manali Leh All In One Tour

Hours : Opens 10:00AM | Closes 6:00PM
$ per person on twin sharing
$
-10% discount
$
Total Payable
4.5
The rest of the booking amount can be paid directly at the activity centre. Please consider service provider’s terms and conditions while booking this activity.
Share this activity
How LastClues works? 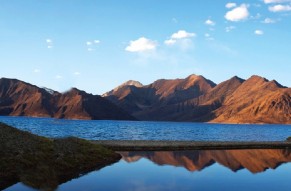 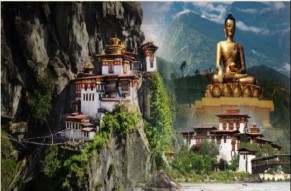 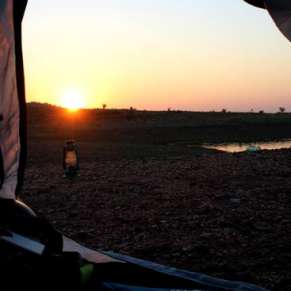