Day 01 Jaipur
Arrive Jaipur, Meet assist at the airport & transfer to hotel. Jaipur- also known as "pink city" of the desert named after Jai Singh, the former Maharaja of Jaipur. This is the only city in the world symbolizing the nine divisions of the universe through the nine rectangular sectors subdividing it. The palaces and forts of the yesteryears, which were witnesses to the royal processions and splendours, are now living monuments.

Day 02 Jaipur
After a leisurely breakfast, visit the majestic Amber Fort, one that cannot be easily described. You ride up on Elephants to the former capital of the royals set against the backdrop of the wooded hills. Post lunch tour of the Palace of Winds also known as Hawa Mahal. This elaborate building, now little more than a facade, is encrusted with delicate screens and carved balconies from which the royal ladies, confined to their quarters, could sneakily view the outside world. Past, present and future merge at Jai Singh's observatory, where time has been accurately measured since the 17th century. Later also visit Birla Mandir-a unique monument with exquisite marble carvings. In the evening enjoy your dinner at Chokhi dani (an ethnic village resort) where you will have an idea of the village life of Rajasthan. Also enjoy various traditional Rajasthani dances, puppet show and various other interesting activities. Overnight at hotel.

Day 03 Jaipur - Kota
After breakfast drive to Kota - Rajasthan's largest Industrial town situated on the banks of the river chambal. Well known for its famous Kota saris and also for a miniature school of art, which specializes in drawing hunting scenes. Arrive Kota in the afternoon and check in to your hotel. Evening at leisure. Overnight at hotel.

Day 04 Kota
After breakfast sightseeing tour of Kota visiting City Palace and Fort. Within the city palace is the museum, which houses a good collection of artifacts. Later visit the Chambal Gardens - beautiful gardens around Kota along the Chambal River, which also has a crocodile sanctuary. Overnight at hotel.

Day 05 Kota - Ranthambhore
After breakfast drive to Ranthambhore - famous wildlife sanctuary, which is said to have the India's friendliest Tigers and also considered to be the best place in the world to photograph the tiger in its natural habitat, also, a wonderful place for bird watching. Arrive Ranthambhore in the afternoon and check in to your hotel. After lunch depart for the 3 hrs Jungle safari in a Canter (a vehicle which is open on the top) enjoy the game viewing in the national park and back to the hotel. Overnight at hotel.Rajasthan Wildlife Holiday

Day 06 Ranthambhore Tiger Safari Tours
Morning and afternoon jeep safari. The park, which is one of the finest tiger reserves in the country, is the main attraction of Ranthambore. Overnight at hotel.

Day 07 Ranthambhore Wildlife Tours
After a leisurely breakfast embark on the sightseeing tour of Ranthambhore visiting Ranthambhore Fort and various places of historical interest inside the Fort. The main attraction is the temple of Lord Ganesha. Later visit the Mansarovar Lake where you will have a beautiful view of the nature. Overnight at hotel.

Day 08 Ranthambhore - Bharatpur Bird Sanctuary Holiday Tours
Morning drive straight to Bharatpur - lying between the cities of Agra and Jaipur in the northwest famous for Keoladeo Ghana Baharatpur bird sanctuary, which is a home to an astonishing range of flora and fauna. Birds come to this wildlife sancturies in waves. From August through November, it is indigenous water birds. In early October the first migrants arrive from the high plateau of Central Asia, Mongolia and the Siberian tundra, the most eagerly awaited of the lot being the gravely threatened Siberian crane. The month of March sees most of these migrants leave the national park. But animals that have made it their home - the nilgai (blue bull), sambar, jungle cat and mongoose-spend the entire summer here. Arrive Bharatpur in the evening and transfer to your hotel. Rest of the day free at leisure.

Day 09 Bharatpur
Morning have a completely rewarding experience of seeing an overwhelming range of birds during the rickshaw ride into the Keoladeo Ghana National Park and later back to the hotel. Overnight at hotel.

Day 10 Bharatpur - Agra
After breakfast drive to the city of Taj Mahal - Agra enroute visiting Fatehpur Sikri - a perfectly preserved red sandstone `ghost town` which was the estranged capital of the mughal emperor Akbar, built in 1569 and soon deserted when its water supply failed. Arrive Agra by lunch and check in to your hotel. After lunch, visit the magnificent Taj Mahal - one of the Seven Wonders of the World, surely the most extravagant ex-pression of love ever created. 20,000 men laboured for over 17 years to build this memorial to Shah Jahan's beloved wife. It's a wealth of white marble and semi-precious stone - undoubtedly the highlight of your tour. Overnight at hotel.

Day 12 Agra - Delhi
Morning drive to Delhi - India's Capital and a major gateway to the country. Contemporary Delhi is a bustling metropolis, which successfully combines in its fold the ancient and the modern. Arrive Delhi by noon and transfer to your hotel. Evening embark on small sightseeing tour of Delhi visiting the India Gate and the Laxmi Narayan temple popularly known as Birla Temple. Overnight at hotel.

Ranthambhore - famous wildlife sanctuary, which is said to have the India's friendliest Tigers and also considered to be the best place in the world to photograph the tiger in its natural habitat, also, a wonderful place for bird watching. 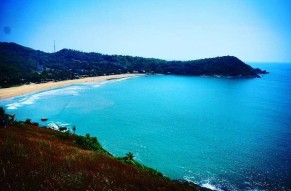 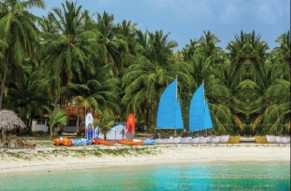 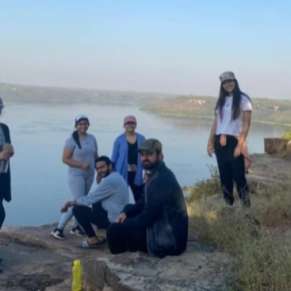 Hiking By The Ocean